The Big Toe can be the problem for many injuries. Does your therapist know what muscles attach to the Big Toe and how it functions? Massaging the muscles of the Big Toe will help any walking, running, jumping, etc… 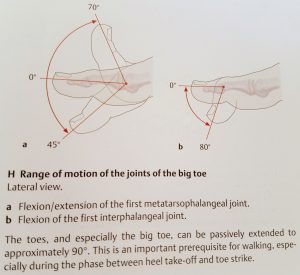 Thanks…  “Atlas of Anatomy”, Thieme

Pain Management
Your knee could be hurting because:

1. Foot-could be off during stride. Check the bottom of the shoe; when pushing off you should feel the whole calf working. The bottom of your shoe should be worn evenly, this will start hurting your knee or your hip.

2. Glutes-are not firing off. Most runner just barely pick up their feet while running, which is almost like dragging your feet. When this happens the glute muscle are being bypassed and body compensates for it, so the glute shut down and make runners run on the outsides of the feet which will cause knee pain.

4. Hamstrings-are too tight because of pelvic tilt. This will cause runners to run straight legged which will hurt the knees because of the pounding on the heels and the position of the foot.

5. Calves-are built up to the outside. When runners calve start building to the outside the lower two bones begin to rotate which will put torque on the knee, and can cause runners to twist or sprain the ankle easily.

6. The Toe-is stiff. Runners also get “Turf Toe”, which is the stiffing of the big toe. When this happens, runners begin to compensate and not push off with the big toe, which causes the body to compensate.